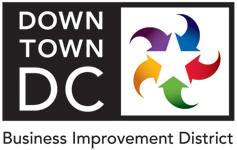 The DowntownDC BID formed the DowntownDC ecoDistrict on Earth Day 2011, as a reflection of the commitment of the stakeholders and owners in the downtown. We partnered with the District and committed to the Better Buildings Challenge goal of reducing by 20% by 2020 across our 90 million sqft. To help our stakeholders achieve that goal we co-produced the Building Energy Summit in 2012 with CoR Advisors and will be holding the 2015 Building Energy Summit in March. We partnered with the District Department of the Environment in 2013 to pilot the DC Smarter Business Challenge and then in 2014 the BID became the first geographic member of the Urban Land Institutes Greenprint Center to produce two reports documenting energy performance across the ecoDistrict with comparisons to the region, country and globe.