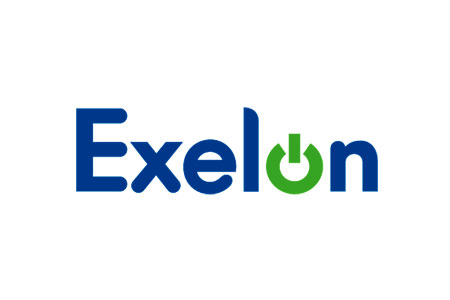 Exelon Corporation is one of the nation’s largest electric utilities with nearly $19 billion in annual revenues.The company distributes electricity to approximately 5.4 million customers in Illinois (ComEd) and Pennsylvania (PECO), and gas to 480,000 customers in the Philadelphia area (PECO).For energy delivery Exelon’s operations include energy generation and power marketing. Exelon has one of the industry’s largest portfolios of electricity generation capacity, with a nationwide reach and strong positions in the Midwest and Mid-Atlantic.Exelon operates the largest and most efficient nuclear fleet in the U.S. and the third largest commercial nuclear fleet in the world. In 2008, Exelon launched Exelon 2020, an ambitious strategy to reduce, offset or displace more than 15 million metric tons of greenhouse gas (GHG) emissions per year by 2020.This is more than our 2001 carbon footprint and is equivalent to taking nearly 3 million cars off the highway. As of December 31, 2008, they reduced our GHG emissions by more than 35% from 2001 levels, which means they’ve already achieved annual reductions of nearly 6 million metric tons.Energy efficiency programs will play a key role in allowing Exelon meeting their goal. In 2007, the U.S Green Building Council awarded Exelon’s headquarters in Chicago its LEED Platinum Commercial Interiors (CI) certification. The Exelon headquarters is the largest LEED Platinum CI space in the world.